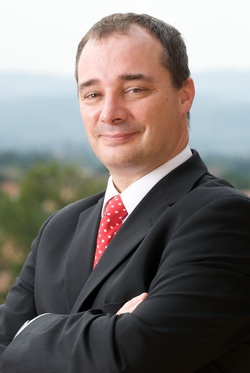 Professor Richard Wilding is recognised by the media globally and his articles have been translated into many languages.  Richard is regularly asked to provide expert comment by the international media on Logistics and supply chain related stories.  He has received coverage of his work from every corner of the globe including Australia, USA, Mexico, Brazil, South Africa, Middle East, Denmark, Sweden, Portugal and Norway.  In the last 15 years he has been interviewed for Radio and Television and his work has been “in the news” and covered in the quality print media over 200 times excluding internet publications.  Publications including The Times, Financial Times, Daily Telegraph, The Sun,  New Scientist, and Independent have all featured his work.  Radio & Television channels including BBC World Service and BBC Breakfast News have undertaken interviews with him and BBC "Money Programme" undertook a report on the findings of his research.